Tet of the rainy season of Ha Nhi people

According following the traditional customs of Ha Nhi people, Tet of the rainy season is one of the seven Tet holidays. It usually takes place at the end of the summer when the rice plants and the maize start to grow. The rituals in the rainy season show the characteristic of Ha Nhi's culture worshiping agricultural, water and rain deities; praying for abundant harvests, good breeding, health and wealthy life.

Ha Nhi people live mainly on agriculture by cultivating rice on terraced fields, so they are very considerate in worshiping agricultural deities, especially the god of water and rain. Unlike Tet Kho Gia Gia which is  a seasonal festival with many rituals of worshiping soil god, water god, forest god, tree god ... and is usually held on a large scale every 3 years; Tet of the rainy season is usually celebrated for one day per year to worship the rain god.  This is also a typical ritual of agricultural residents. In many cases Ha Nhi people also celebrate this rain praying ceremony together with the Tet Kho Gia Gia. Mr.Luong Van Thiet, Researcher of folklore of Vietnam Museum of Ethnology, said: “Traditionally, the ritual of praying for rain is held at the peak of the hottest month of the summer, usually in June. According to agricultural practices at that time, the terraced fields desperately needed water for the rice to ripen and get harvested. This is a ritual to show the harmonious conduct between people and nature. Ha Nhi people think that in order to pray for a good rainy year, they need to organize a ritual to pray for the rain.”

Rain praying festival is held annually, but in dry years, Ha Nhi people sometimes organize this ritual 2-3 times a year. They wish that Gods will listen to their prayers to have enough water to irrigate the green fields. The offering is usually a black pig. If it is a large village or it rains less that year, people in the village will organize together and the offerings are also bigger like a black buffalo.

On the day of this particular Tet, almost every household in the village gets up early to boil water, dissect pigs or prepare offerings for worship the Gods. The sound of rice-pounding of all the families stirs up the atmosphere in the mountain. Afterward offerings will be brought to the best field in the village to perform the rituals. The tray of offerings contains pork, rice, wine, sweet ginger pudding, tea, sugarcane, banana and cock's comb. The shaman must be a reputable person in the village. The ceremony takes place from the morning when the sun is clear and ends at midday. Ha Nhi people believe that God will listen to their prayers at that time. After the worshiping ceremony, everyone in the family will eat a little of the offerings in order to have some fortune.

Many Ha Nhi villages in high mountainous areas in Dien Bien, Lai Chau, Lao Cai ... still maintain the traditional Tet of the rainy season. However, the celebration nowadays has changed and is more festive. Mr.Luong Van Thiet added: “Today's rituals are not as cumbersome as before and the participants are also more diverse. The offering has also changed; there are not only traditional ones but also confectionery and fruit. In the past, wine was always offered in bamboo cylinder and now it’s bottled, even imported and bought from the market. Nevertheless the ceremony still retains the solemn atmosphere showing the purity and respect of humans to the deity.”

Even the location of the ceremony has also changed. Previously the worshiping ceremony took place in the upland fields. Actual ceremony is now held at the village chief’s house or at the best villager’s house, in terms of productivity. On the ceremony day, there are also folk performances and traditional games. The ceremony retains a happy and cozy atmosphere. It is also a chance for families’ reunion. From the afternoon till late night, everyone in the village visits each other’s house and offers the guests food and wine. The cup of wine on the hands of the host and the guests act as an invisible string to tighten the affection in the community and neighborhood. 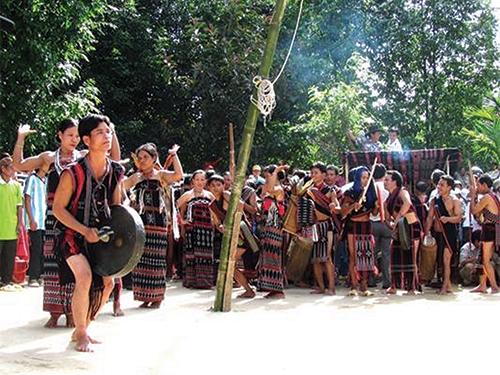 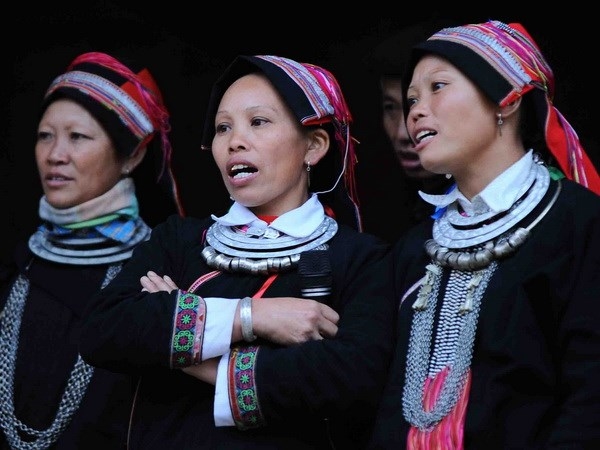 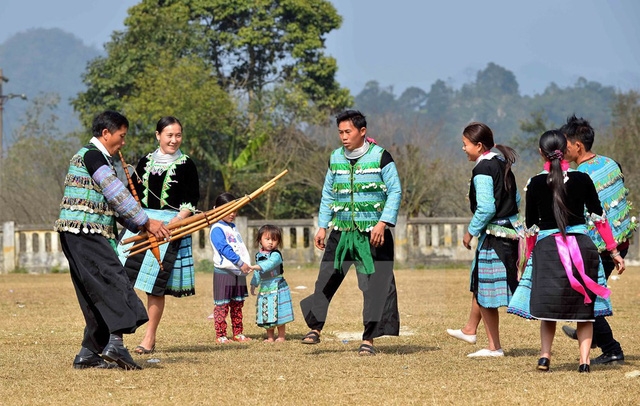 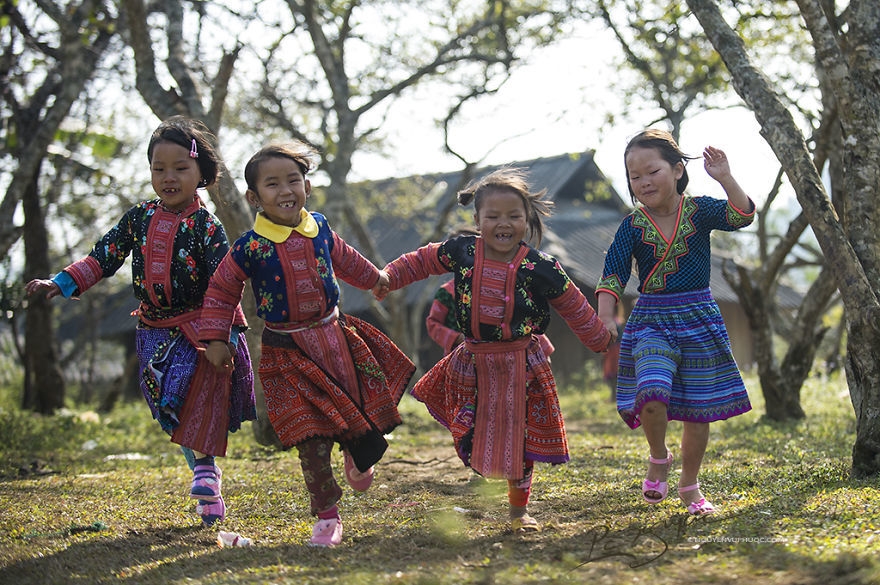